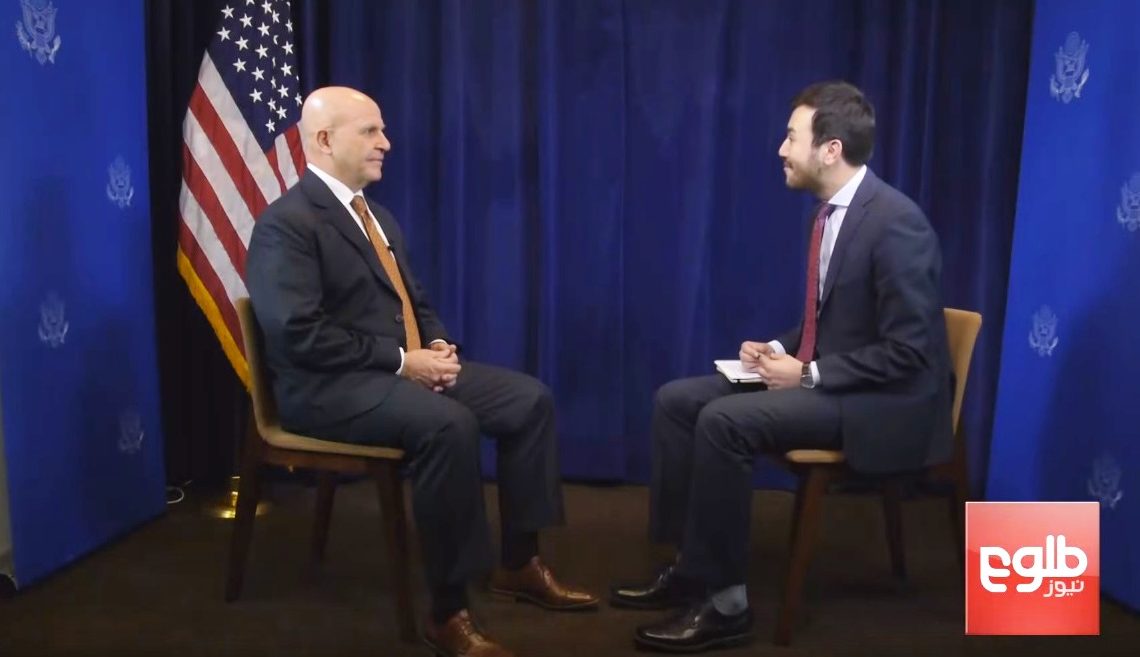 Tolo: Welcome to Afghanistan.  The Afghan mission is the longest U.S. war, and there is no sign of ending.  General Nicholson says it is a stalemate.  What is President Trump’s strategy to come out of this stalemate?
NSA McMaster:  Well, like in any war, the future course of events depends not just on what you decide to do, but on enemy and adversary reactions that are often times difficult to predict.  As you know, the Afghanistan of 2017 is much different and much improved from the Afghanistan of 2001. And so what’s necessary at this point is to consolidate gains and to deal with what is a big security problem.  And also, though, to help the Afghan government undertake reforms necessary to strengthen the Afghan state and bring lasting security and stability for the Afghan people.

Tolo: Does it mean that sending more troops to Afghanistan is part of the new strategy?

NSA McMaster:  Well, part of the new strategy will be what the President decides it is.  President Trump will decide what is the best course of action to accelerate progress in the war and to bring lasting peace and security to the Afghan people and to all people – to the American people, because as you and all Afghans know better than anyone, this is a long struggle against the enemies of all civilized people.

Tolo: Things have changed since the last time you were here as part of the ISAF mission, and Afghanistan is far more worse in terms of security.  Different things should be experimented.  What would that be?  What would you suggest?
NSA McMaster: Well, what’s critical is the strengthening of Afghan security institutions – the army and the police. And as you know, so many courageous Afghan soldiers and policemen are taking risks and making sacrifices and fighting in a very determined way every day. So what can we do together with the National Unity Government leaders and the ministries to strengthen those institutions, provide them with better support, with the continuing commitment of the United States to back them up on the battlefield?

Tolo: Including the Afghan Air Force?

Tolo: And is that something specific the Afghan government is asking?

Tolo: U.S. Forces used a big bomb in Nangarhar, and what are the political messages the bomb is sending?

NSA McMaster: Well, it’s not just the bomb, but it’s what our soldiers are doing ever day alongside courageous Afghan soldiers, fighting Daesh, ensuring that these people—who victimize women, who shoot people in hospital beds—we cannot tolerate the existence of that kind of an organization.  They are a threat to all civilized people, so we have come together in a long struggle against these groups who must be defeated.

NSA McMaster:  I think the Taliban must be defeated as well, and they can be defeated in a number of ways.  For those who are reconcilable, who are now willing to join their Afghan brothers, to strengthen the Afghan state and end the violence, to be part of the political process, I think your president and Chief Executive Abdullah would welcome them back in.  So it’s their choice now.

Tolo:  But they are not coming.

NSA McMaster:  Well, those who are not coming have to be defeated on the battlefield.

Tolo: And the U.S. is committed to do that?

NSA McMaster:  The U.S. is committed to give the Afghan state, to give the Afghan security forces the strength that they need—the people have been under duress for so long.  You know, it’s tough to build an army. It’s really tough to build an army when that army is committed to fighting at the same time.  So, that Afghan army, and Afghan soldiers, deserve our support and will continue to have our support.

Tolo: What about countries like Russia, now trying to support the Taliban, or at least trying to establish contacts?  How would you address that issue?

Tolo:  Including Pakistan, including Russia?

NSA McMaster:  Of course.  I think the Afghan people deserve the best treatment from their neighboring countries, because it’s in all of their interests to have a secure and safe Afghanistan.

Tolo:  But they’re not getting it, I mean Russia is holding meetings where the U.S. is excluded, and as the Afghan government has said they are funding particular groups with arms in Northern Afghanistan. That is a game changer.

NSA McMaster:  Well what should happen, for any activity that undermines the Afghan state, that victimizes the Afghan people, we should pull the curtain back on it and show it to the world and say this is what these people are doing.  And I think that would be an important deterrent to those who instead of doing what the United States is doing – supporting the movement toward a peaceful, secure Afghanistan – those who are perpetuating violence, those who are helping cause violence, ought to be exposed and held accountable.

Tolo:  General McMaster, you are going to Pakistan.  And as an Afghan war veteran, what is your message to Pakistan, a country many believe provides support to terror groups, including the Taliban?

NSA McMaster:  Well, all of us have hoped for many, many years – we have hoped that the Pakistani leaders will understand that it’s in their interest to go after these groups less selectively than they have in the past.  And that the best way to pursue their interests in Afghanistan and elsewhere is through diplomacy, not through the use of proxy groups that engage in violence.

Tolo:  General McMaster, thank you so much.

NSA McMaster:  Thank you, great to see you again.