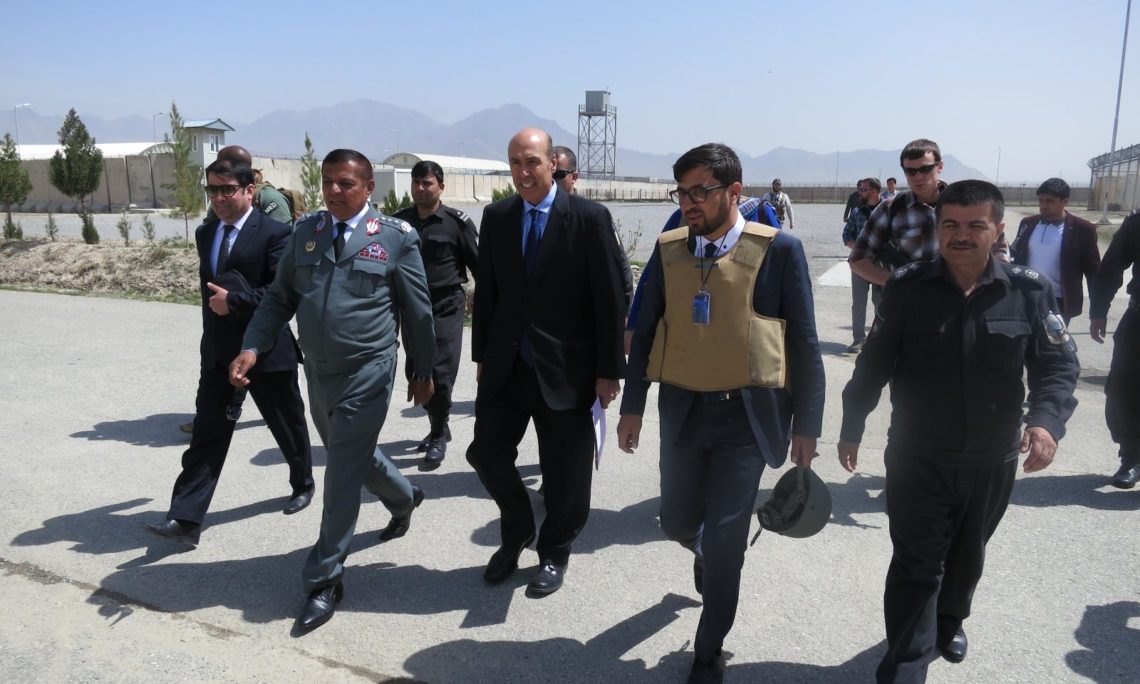 U.S. Embassy Donates Security Equipment to the GD of Prisons and Detention Centers

Special Chargé d’Affaires Ambassador Hugo Llorens attended a ceremony April 10 at the General Directorate of Prisons and Detention Centers (GDPDC) Headquarters at Pol-i-Charkhi Prison to donate more than $772,000 worth of security equipment to the GDPDC to improve the security and operations of prisons and detention centers throughout the country. The donation included metal detectors, air raid sirens, riot gear, cell phone detectors, and T-walls to support essential security functions at Afghan prisons.  Ambassador Llorens and the GDPDC Director, General Abdul Alim Kohistani, signed a document formalizing the donation and transfer of these items.

Ambassador Llorens remarked, “The United States is committed to supporting the Afghan corrections system and the efforts of those who are working to strengthen security for all Afghans.  This equipment we are donating today will allow corrections officials to do their important work more effectively, making Afghan prisons safer and more secure.”