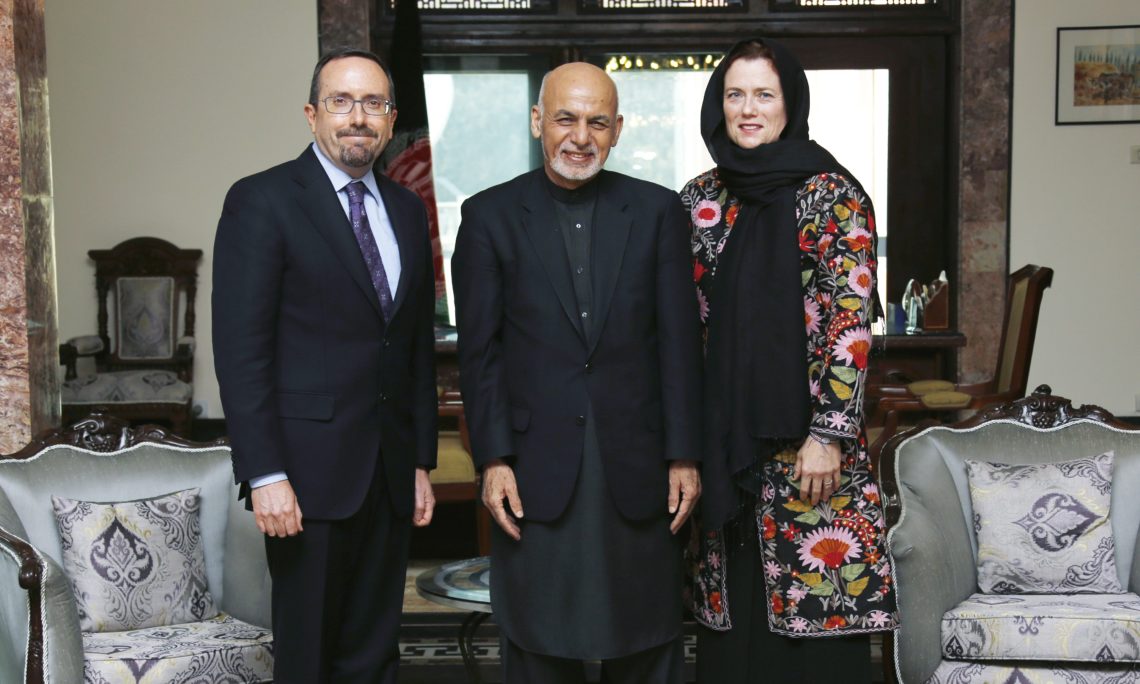 “It was an honor to present my credentials to President Ghani today,” said Ambassador Bass.  He went on to say, “I look forward to working with the Afghan government, as well as with all the people of Afghanistan, to continue to build a peaceful, secure, and prosperous future.”

Ambassador Bass will oversee U.S. support for Afghanistan’s continued economic and political development including support for the rule of law and combating all forms of corruption.  A main focus of his tenure will be on efforts to bring peace, security, and stability to the country and the region as part of the U.S. South Asia strategy.

Ambassador Bass, a career Foreign Service Officer with more than three decades in diplomatic service, most recently served as Ambassador to the Republic of Turkey (2014-2017) and Ambassador to Georgia (2009-2012).  His previous assignments have included positions in U.S. missions in Iraq, Italy, Belgium, and Chad as well as service on Vice President’s Cheney’s staff, as Chief of Staff and Advisor to Deputy Secretary of State Strobe Talbott, and as the Executive Secretary for the Department of State and Director of the State Department’s Operations Center.

The son of a public servant and a U.S. Air Force officer, Ambassador Bass hails from upstate New York and graduated from Syracuse University, after which he worked as a newspaper editor before joining the Foreign Service in 1988.  He is accompanied in Kabul by his wife, Mrs. Holly Holzer, who is also a Foreign Service Officer.