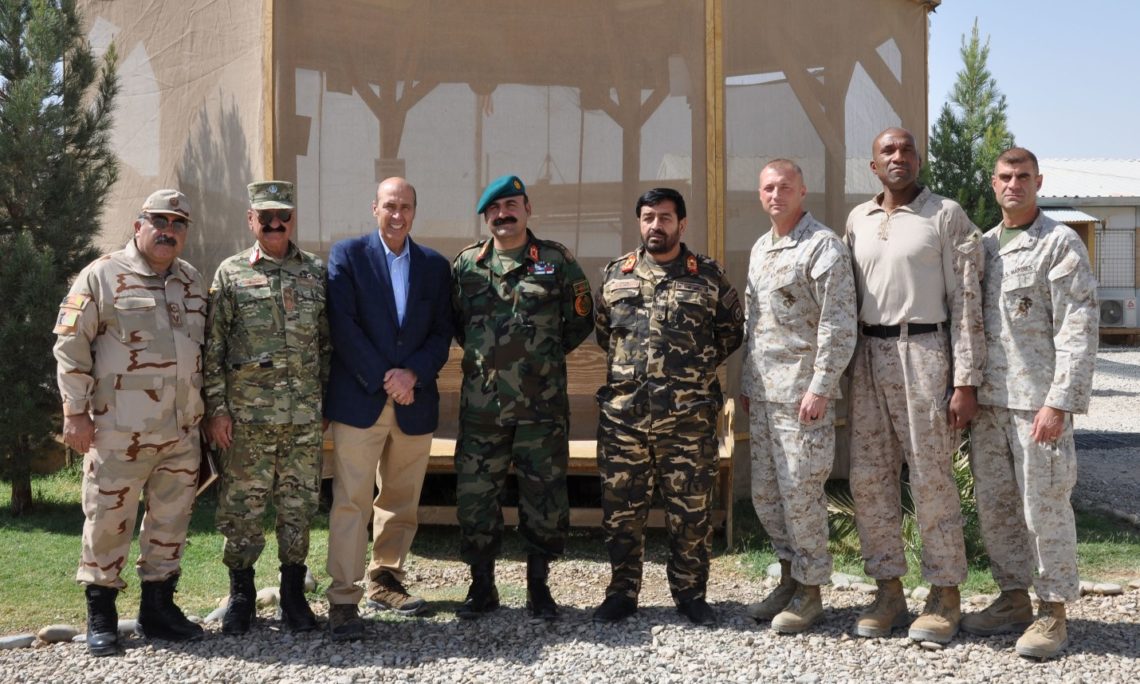 During the meetings, Ambassador Llorens affirmed the ongoing partnership between the United States and Afghanistan and the continued U.S. commitment to strengthening and supporting provincial security, counternarcotics efforts, and economic development.

“The United States continues to stand shoulder-to-shoulder with the people of Afghanistan,” Llorens said.  “We support a stable, sovereign, unified, and democratic Afghanistan committed to a path of peace, prosperity, and self-reliance and denying safe havens to extremists.”

Prior to his trip, on October 11, Ambassador Llorens met with Helmand Provincial Governor Hayatullah Hayat.  The two discussed ways to jointly work towards a more stable, peaceful, and prosperous province.