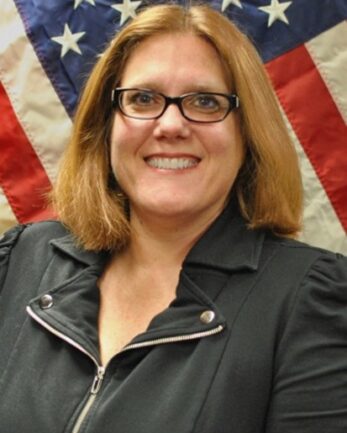 A career member of the Senior Foreign Service, Karen B. Decker specializes in conflict resolution and crisis management.  Currently the Chargé d’Affaires of the U.S. Mission to Afghanistan, Karen previously served as the Director for Afghanistan Operations for the Afghan Relocation Effort (CARE) from September 2021-August 2022, and as Deputy Chief of Mission of the U.S. Embassy in Kabul from September 2018 to September 2020.  Earlier assignments in Afghanistan include two years as Senior Civilian Representative in eastern Afghanistan (2012-2014), and tours in Kandahar and Ghazni in 2006 and 2007.

Prior to returning to Afghanistan in 2018, Karen was the Director of the Syria Transition Assistance Response Team, leading interagency teams in Turkey and Syria responsible for humanitarian and stabilization assistance.  Other overseas assignments include Deputy Chief of Mission of the U.S. Embassy in Estonia (2007-2010), Political Counselor in Greece (2003-2006), at the U.S. Mission to NATO (1998-2001) and in Bosnia (1995-1998).  Her first overseas assignment was in Pakistan in 1990.

Karen is the recipient of performance awards from the Department of State and the Department of Defense.  In 2001 Secretary of State Colin Powell awarded Karen the Director General’s Award for Reporting and Analysis for her work to elaborate U.S. objectives in the Balkans.  She holds the rank of Minister-Counselor.