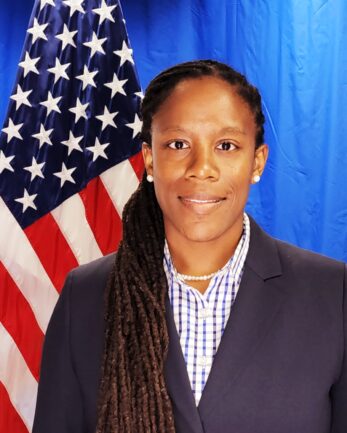 April Wells is a career Foreign Service Officer and the Deputy Chief of Mission of U.S. Embassy Kabul, currently operating from Doha, Qatar as the Afghanistan Affairs Unit.

Ms. Wells is originally from Atlanta, Georgia and Birmingham, Alabama. She received her undergraduate degree from Howard University in Washington, DC and multiple graduate degrees from the University of Pennsylvania in Philadelphia, PA. She is also a Distinguished Graduate of the National Defense University’s Dwight D. Eisenhower School for National Security and Resource Strategy. She is the proud aunt of three amazing nieces.