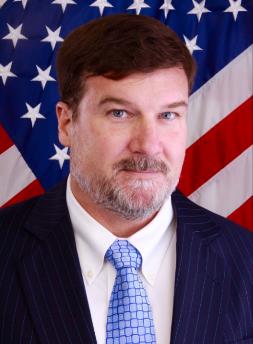 Term of Appointment: July 2020 to present

Scott Weinhold has served as Assistant Chief of Mission at the U.S. Embassy in Kabul, Afghanistan since July 2020.

Mr. Weinhold joined the Foreign Service in 1992 and is a career member of the Senior Foreign Service with the rank of Minister Counselor (U.S. O-8, NATO OF-7 equivalent). He served as Minister Counselor for Public Affairs at the U.S. Embassy in Ankara, Turkey, 2017-2020, including serving as Acting Deputy Chief of Mission 2017-2019.  Prior to that he was Consul General at the U.S. Consulate General in Shenyang, China from 2013-2016.

Most of his career has been spent in the East Asia and Pacific region, with postings in Tokyo, Beijing, Canberra, Ulaanbaatar, Ho Chi Minh City, Taipei and Chengdu. He is the recipient of multiple Department of State Superior Honor Awards and speaks Turkish, Mandarin Chinese, Vietnamese, Mongolian and basic Japanese.

Mr. Weinhold is originally from Wisconsin and graduated from the University of Virginia in 1989 with a double major in African Studies and Asian History. He is married to Jamie Weinhold and they have three children.