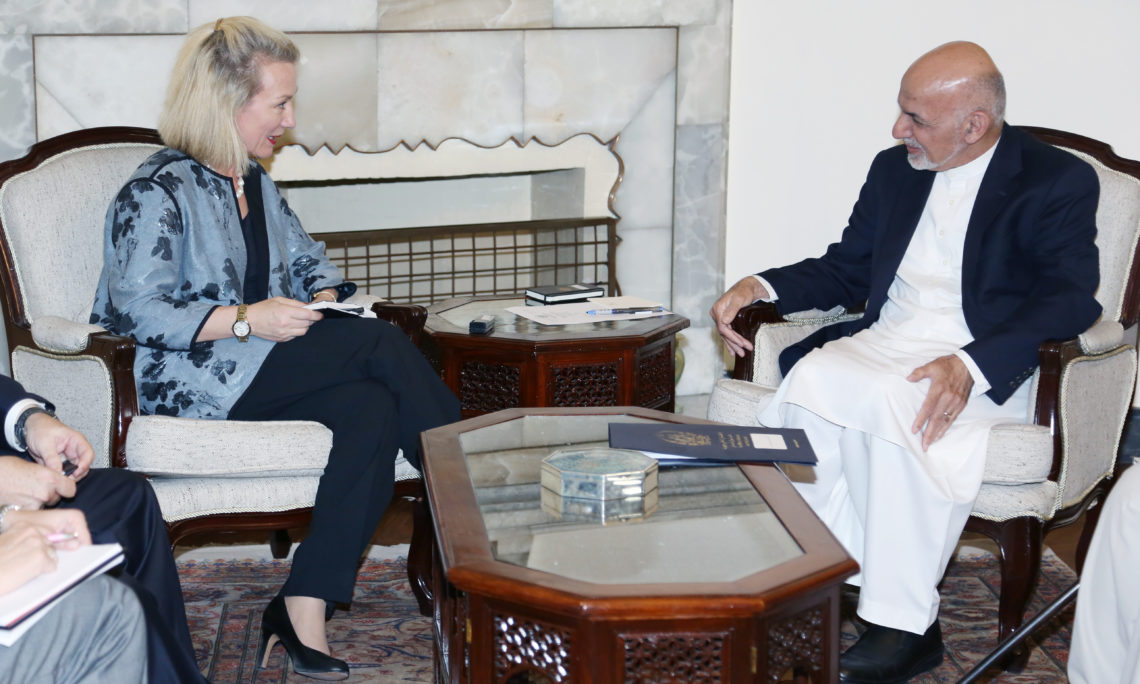 Ambassador Wells with President Ghani at the Presidential Palace.